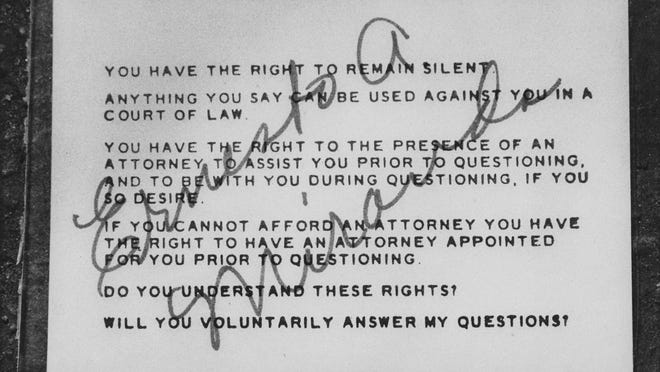 While forensic linguistics may have slightly been used in other cases around the world, it was never a deciding factor in an investigation or result, until 1966. The field of forensic linguistics really began with the 1966 Miranda v Arizona Supreme Court Case, where it was afterward required that the police must explicitly inform a suspect of their Amendment rights before questioning, and the police must suspend their questioning when the suspect invokes these rights. The initial focus of forensic linguistics was therefore on witness and suspect questioning, rather than as investigative evidence. In the Unabomber case, FBI agents specifically created a linguistic profile, the first largely successful one of the time.

"The findings of linguistic profiling are based entirely on currently existing and known spoken or written language evidence...A linguistic profile does not claim to identify specific authors. Instead, it describes how the suspect’s language matches social, economic, education level, and other information that has been identified in previous sociolinguistic research. Its purpose is to help law enforcement narrow down its list of existing suspects or to suggest directions for locating new ones."